Lac de Lacanau treated all competitors to a beautiful sunrise to start Rapala Competition Day 1. Whilst the angler were gathering behind the Power-Pole Starting line, the sun crept up from behind the trees across the lake.

After ‘La Marseillaise’, the French national anthem, played, the horn blowed and 49 of Europe’s finest kayak anglers rushed to their spots. Some of them hurrying to the other side of the lake, others casted their lures right at the starting line.

As everybody already expected after Gerber Pre Fish Day, early morning is the key fishing time. Just minutes after the start, the first fish were being measured and scored. Miguel Garrido from Spain caught a nice perch in the beginning of the day. “That’s the start I was hoping for” he said. 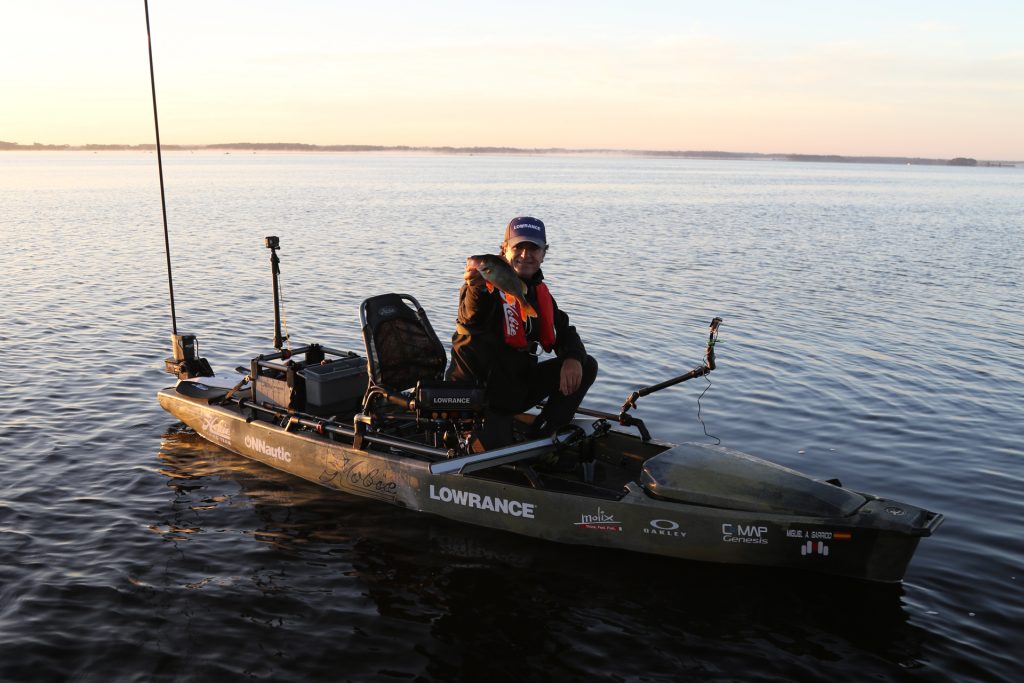 After the first two hours, fishing got considerably tougher with the sun climbing higher and the temperature rising. Ronald Traas from the Netherlands told us on it seemed the Perch all of a sudden disappeared. Check out his full interview.

Whilst cruising over Lac de Lacanau we heard that everybody was catching fish but had to work hard to get the minimum size on their measuring board. David Morris, who traveled down here from the UK, caught a couple of perch but saw the bigger ones just following his lure instead of attacking it.

We met up with young Frenchmen Bastien Beynet. Originally an sea angler that targets Mediterranean Amberjack and Tuna at the south coast of France, but after his first Hobie Fishing Euros last year in the Netherlands also an enthusiastic fresh water angler. He was happy how the day went so far, but needs to up his game on perch fishing for tomorrow.

As every tournament, 30 minutes before check in time, the anglers gave it a last shot close to the event HQ before heading back to return their key tags. After all the SD cards were handed in, the judges went to do the scoring which left the competitors enjoying their hard earned refreshments.

Not before long the rumor spread that Edi Brader, the 2015 Hobie Fishing European Champion that also took place here in Lacanau, caught a Wels Catfish. “I saw a big school of bait fish on my sounder with a predator lying underneath. It looked big so I decided that I’d give it a go. I dropped my lure right above him and within seconds it went for it. He didn’t managed to set the hook right and the fish got away. Not giving up he pedaled back and dropped his lure once again. Again, the monster attacked it straight away.” he told us proudly. “This time I managed to set the hook right and then the fun began.” Being dragged around for a while he figured this wasn’t the monster pike he was looking for, but that didn’t spoil his fun. “I fought it for about 10 minutes before I could get it on my Hobie Pro Angler. This fish won’t get me any higher in the rankings, but I didn’t want to miss this” 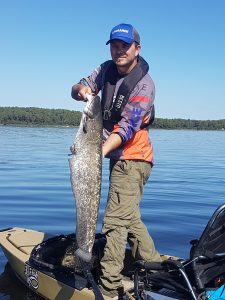 After some drinks and chats, the competitors left to prepare for Lowrance Competition Day 2 which will bring us the 5th Hobie Fishing European Champion.

After the scoring, the top 10 looks as follows:

Mike Hendriks from Germany landed himself in the top 10 with catching the biggest fish of the day! A 78 cm Pike.

Check out the full results here. 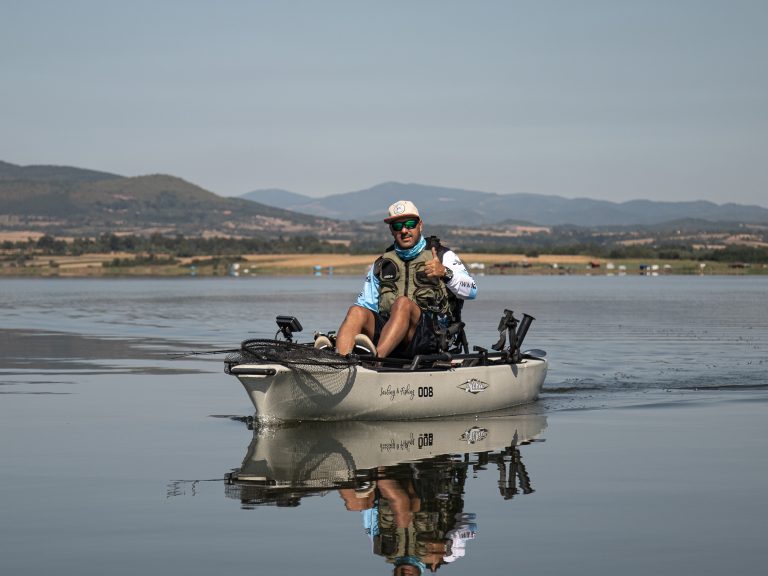